Most of us know that the Mercedes-Benz G-Class, the Gelandewagen or G-wagen, launched way back in 1979. We’re aware of this detail because no other automobile in history has lasted as long without any major physical overhaul or body style changes. And based on these most recent spy shots, it may never be redesigned — and that’s not a bad thing.

We love to quip about how some automakers have managed to stretch some models over more than a decade without any significant changes, but the Mercedes-Benz G-Class takes the cake. In fact, the SUV’s first generation lasted from 1979 until 2017, and it was only in 2018 that the second generation launched. There were obviously countless updates made to the military vehicle including the introduction of the first AMG integration in the late 2000s.

Given the Mercedes-Benz G-Class’ standing and living-legend status, it’s no surprise that its first exterior update in five years is a very mild one. Our spy photographer caught a prototype of the revamped G in Stuttgart and, had it not been for the camouflage on the vehicle, it possibly could have driven by unnoticed.

Based on the images, the front and rear bumpers have been tweaked if only slightly — we’re talking about little more than a nip here and a tuck there. The taillights might look different, but it’s difficult to tell. And essentially, that’s it for the changes. Given that it took more than five years for this update to happen, and that the new G-Class should be branded a 2024 model-year vehicle, we’re convinced that few, if any, other exterior changes will happen before its 50th birthday.

Now, it’s what we can’t see in these pictures that may be modified the most. The spacious cabin will surely receive the latest MBUX infotainment system and potentially a completely new center console with a giant touchscreen.

What we’re most curious about are the powertrain options, should there be any changes. Currently, there are two boosted V8 engines to select from which we believe will remain, despite Mercedes-Benz moving away from them and relying on electrification instead. That said, I think we can all agree that a plug-in hybrid four-cylinder G 63 seems highly unlikely. However, keep in mind, there’s also the upcoming EQG that is expected to launch sometime in 2024.

We expect we’ll find out more about the new 2024 Mercedes-Benz G-Class in the next few months. 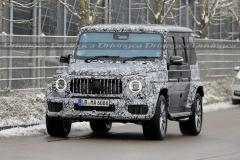 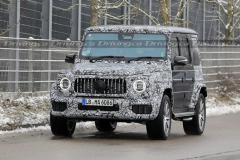 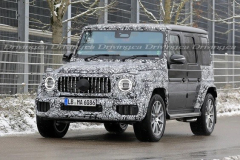 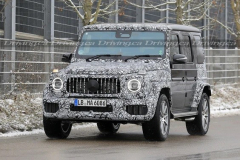 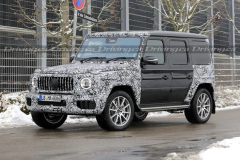 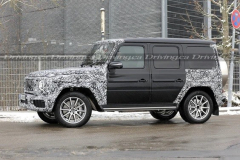 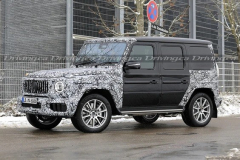 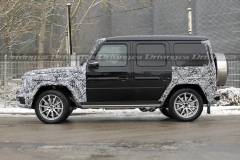 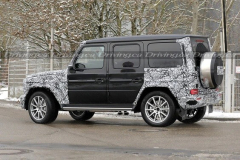 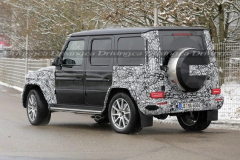 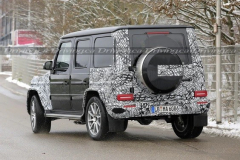 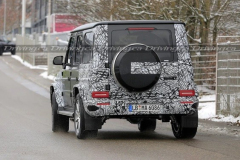 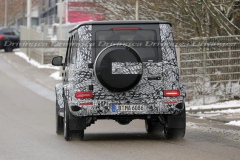