A monster truck of cartoonish proportions that you can actually buy – there are very few genuine usage cases to justify the G 63 4×4², but that doesn’t mean it shouldn’t exist. If you’re super- wealthy, always in a hurry and the last few miles of driveway to your Alpine retreat/vineyard/palace aren’t finished, then this brilliantly bonkers but hugely capable G-Class could be just the thing.

The G-Class isn’t an SUV, says Emmerich Schiller, CEO of Mercedes’ G-Class sub-brand: “It’s an off-roader.” He’s not wrong, either, because there are few places on Earth the regular G 500 or G 63 can’t get you.

But back in 2015, with the previous G-Class nearing the end of its life, the company produced the G-Class 4×4², a mad machine with portal axles that took the G-Class to new heights, in every sense. Despite expectations of building just 150 G 500 4×4²s, Merc produced around 2,100.

Enough, then, to justify another one – although this time it’s based on the most powerful AMG version, which makes this 4×4² even more extreme. You’ll struggle to see under the bonnet without a ladder, such is the height increase from those portal axles, but take a peek and you’ll find AMG’s 577bhp 4.0-litre twin-turbo V8. That can slingshot the G 63 4×4² from 0-62mph in a preposterous five seconds and on to 131mph, almost regardless of the surface beneath its 22-inch wheels.

That’s half a second slower than a standard G 63, which is forgivable due to the additional 370kg or so that the 4×4² specification adds, but being sat so high, it doesn’t feel any less hilariously rapid. Indeed, it feels more so. Much of that weight is in the new axles, which feature helical gears rather than the straight-cut items in the 4×4²’s predecessor. That’s been done for refinement, so the gear whine that was obvious in the old model has gone, providing real civility inside – so long as you’ve not got that V8 blaring out of the side-exit exhaust pipes at full revs. Do that and you’ll enjoy a gloriously overt soundtrack and shocking speed.

The three biggest buttons in the centre console operate the locking differentials, while there’s a low-range button and drive modes to select, too. The 12.3-inch screens can display everything from inclinometers and the suspension articulation to a forward-view camera. Selecting the off-road modes allows the G 63 4×4² to go absolutely anywhere you point it, thanks to its significantly increased ground clearance (up 113mm to 351mm) and approach, departure and break-over angles, and fording depths that are almost unrivalled. It means there really ain’t no mountain high enough, or river… well, you get the idea.

On the road, where, let’s face it, most 4×4²s are more likely to spend the majority of their time, it’s surprisingly light- footed for such a big machine. Like a rugby prop forward, it’s weighty but agile, and this new G 63 4×4² actually turns in with a finesse that simply wasn’t possible with its predecessor.

There’s been a fair bit of chassis tuning to allow that – so much so that if you order yours with the optional roof rack (with a 90kg dynamic load limit, or 180kg when static if you plan on putting a roof tent on it), you get a different ESP setting to account for the higher centre of gravity.

It rides well, too, although get too carried away and the ESP will start to make its presence felt, albeit more in the background than front of house. 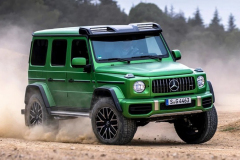 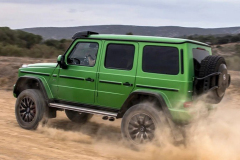 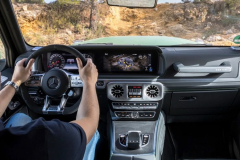 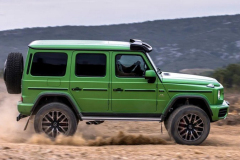 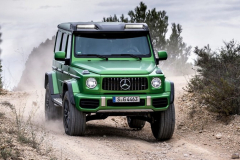 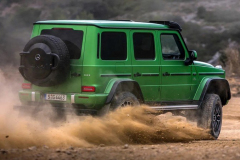 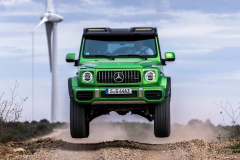 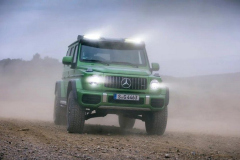 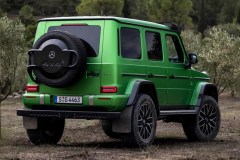 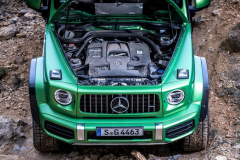 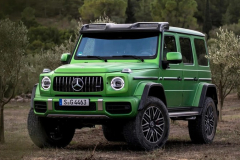 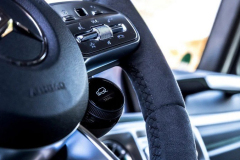 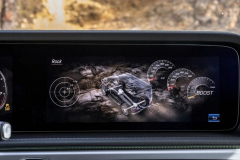 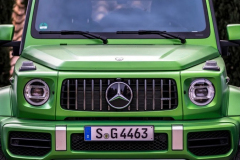 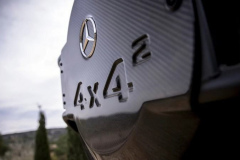